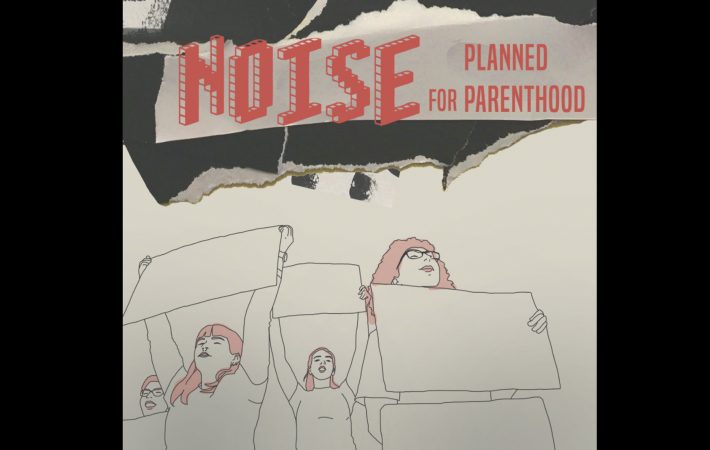 Filed Under: Excited About, New York City — By: Oliver Bouchard

The 60s and 70s had their big political movements, with artists taking on the voice of the people, be it through protest songs, or expressive art work, fierce novels and the like. Fast forward, the summer of 2016 saw Brexit and then November came and for many life as they knew it changed and is further changing.

This is also the background for this gripping compilation, all proceeds dedicated to Planned Parenthood, featuring six New York based bands/artists and their previously un-released songs. The genres range from garage rock to indie folk and ambient electronic:

When asked about the reasoning behind the compilation “Noise for Planned Parenthood“, its organizer Evan Zwisler and lead-guitarist of The Values, explains:

“I started organizing this compilation with my band, The Values, after the presidential election. We were feeling pretty distraught and lost last November. We decided to turn those feelings into something productive, something good. The support we received from people was great and we’re so happy that so many great bands donated an original unreleased song to the compilation.”

Listen to the hypnotic “Zombie” by The Values:

“Planned Parenthood was the perfect organization for us, not just for personal reasons but also because our band is fronted by three strong women who write a lot of songs about feminism and the experiences of being a woman.”

“The experience of being a woman”, I can certainly relate to that… and am lucky to be able to support the project not only by buying or streaming the compilation but also featuring it here on glamglare.

Listen to “Seed” by GIRL SKIN another, compelling track on the compilation:

If buying the compilation on Bandcamp is not your thing, maybe streaming it on Spotify is. Remember, the proceeds go directly to Planned Parenthood: