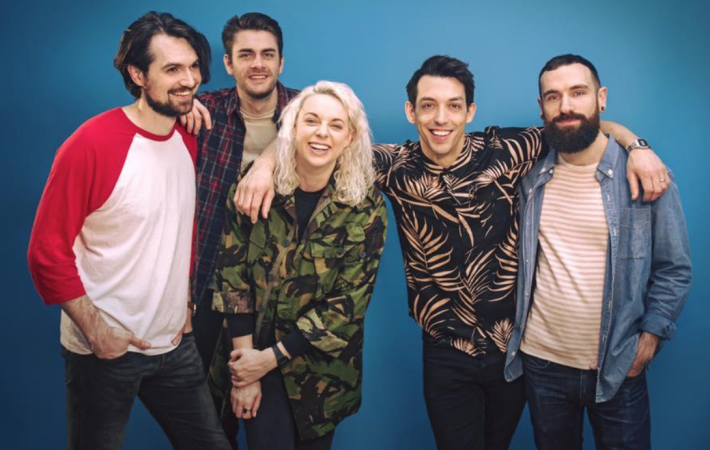 “Body Talk” is as smooth as it is sensuous and madly infectious! It is also the debut single by Birmingham-based quintet SHE, comprised of Rebecca & Robin Davies, Simon McCoy, Edd Duffell and Ricky Hill, who have honed their skills and talents in various different bands and under diverse pseudonyms, all leading to their current, exciting project SHE.

Exuding an 80s cool electro-pop vibe, with super precise guitar riffs and polished synths lines, Rebecca’s husky vocals soar above and lend the already luscious track an extra touch of sophistication. What might come as a surprise though are the lyrics, inspired by the movie “Her”, starring Joaquin Phoenix as a man who falls in love with a computer. The band reveals the following:

“All the lines are from the characters in the film. Body Talk is ironic because ‘Her’ is a body-less being…no body language at all!”

This is such a neat idea, especially for a song as as lush as “Body Talk”. We are psyched to premiere “Body Talk” as our Song Pick of the Day. Listen to “Body Talk” now, and stay tuned for more from SHE since this is only the beginning, a fantastic one: