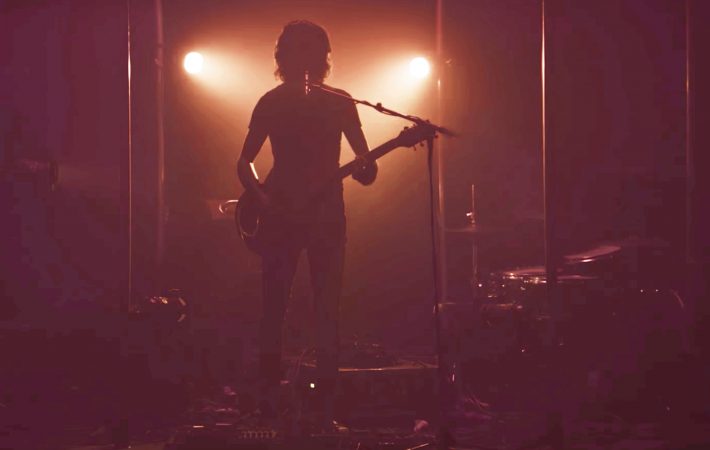 The London-based indie rock trio Desert Mountain Tribe comprised of Felix Jahn (drums), Jonty Balls (vocals, guitar) and Philipp Jahn (bass) just released a marvelous video for “Interstellar”, a track from their 2016 debut album “Either That Or The Moon”. In its album version a mesmerizing nine minutes long, “Interstellar” got cut down to under five for its visual interpretation. The epic “Interstellar” got directed by Daniel Turner of Sound & Colour.

The director explains the extraordinary camera method they employed on the music clip as follows:

“It is effectively made to look like one single shot – going from wide to super close up, with the band rotating on a stage, speeding up and slowing down in a sort of ‘Matrix’ effect, with lights flashing and streaking in sync with the music. Together with my Director of Photography, I have developed a way to use multiple cameras to make a super-huge frame that we can zoom in an out of, and a way to time all the effects to the music.”

The band sounds live as good as they sound recorded and vice versa and now there is also (another) stellar video to support the statement. Watch “Interstellar” now and make sure to not miss one of the finest guitar solos of the last couple of years. So. Good. And then go and see Desert Mountain Tribe live if you get the chance: