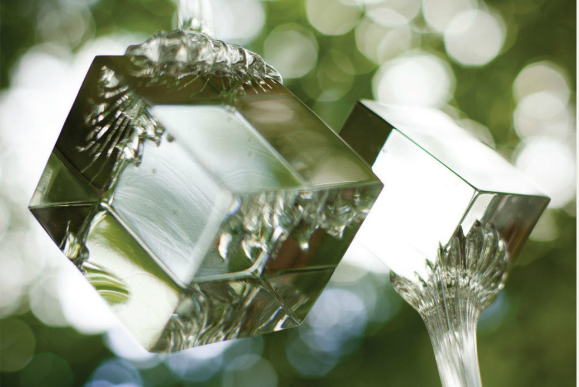 The music of Brooklyn-based Eaters is a nod to the early synths days of the 70s and a decisive look into the future and what’s ahead of us. Eaters is an ongoing collaboration between multi-instrumentalist Bob Jones, sound engineer Jonathan Schenke, and sculptor Christopher Duffy, who played Northside Festival 2017 yesterday and were definitely on my list of must-see-acts. Naturally, I recommended Eaters to other music enthusiasts and festival goers and hard-pressed how to describe their sound, I came up with something like Kraftwerk meets LCD-Soundsystem with some heavy grunge guitar vibes thrown in.

The atmospheric “Embrace the Strange” is the opening track on Eater’s superb self-titled album, was among yesterday’s live-performed tracks and is our Song Pick of the Day:

Get the album via Dull Tools on Bandcamp and stream it on Spotify:

… and for good measure, an iPhone visual from Eaters’ show at Alphaville, June 10 2017