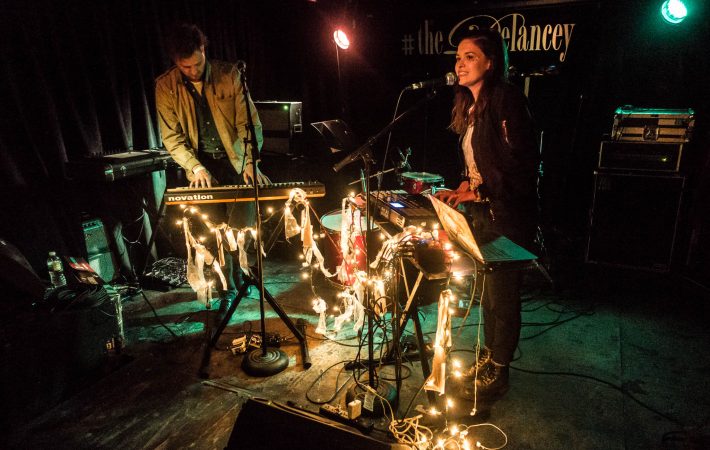 Electronic music by new artists was the focus of our May showcase. Singer/producer turned ballet dancer Ekurtis opened the night with his catchy elegant pop songs. He then stayed on stage to play guitar for Hopper Race who adds big, Broadway-style vocals to dark electronic textures. We will surly hear more from both musicians.

Next up was Birch a Brooklyn electronic duo fronted by Michelle Birsky. Their bright melodic music contrasts with the serious social topics Michelle wants to bring across. Birch are releasing their new EP “Not Human” today, so give it a listen on Apple Music or Spotify.

Last act was åMBe aka Maria Brodskaya, who celebrated the release of her EP “Enemy of the People” (Apple Music | Spotify) that night. Her music is big and cinematic with classical influences and we are happy to report that it looks and sounds as good live as recorded. Catch her tonight at Pianos!