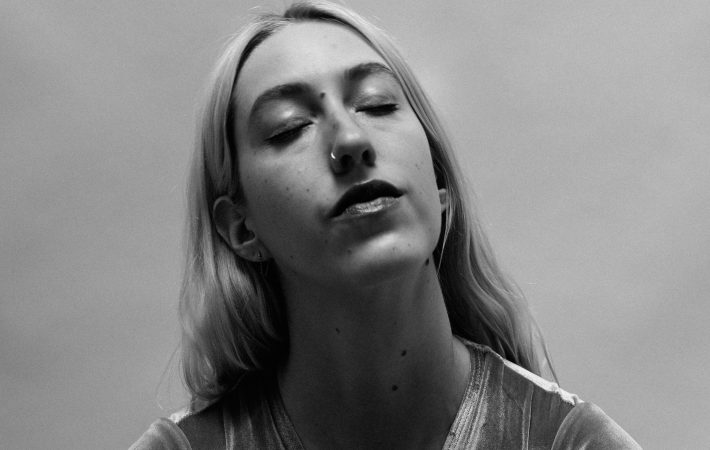 Gold Child is the musical project of Emily Fehler, a New York-based singer/songwriter who delights with her beautifully bright and soft vocals, poetic lyrics and a musical style that is very much her own. We came across Gold Child for CMJ 2015 and have been fans ever since. While Gold Child initially were often relying on the special magic of a slide guitar, they now also trust their musical chops and instincts. Gold Child try out more things and as their recent single, the irresistible “Me and You” (#glamglarepick) is proof, electronic vibes suit them well. More of this, please!

We are thrilled to welcome Gold Child to the AudioFemme x glamglare Official Northside Showcase and asked Emily our five festival questions:

1 – Q: How would you describe your music/style in short? What can festival goers except from your show?
I would say Joni Mitchell, Patsy Cline, Feist, Mazzy Star are the biggest influences on the music I’m making right now! That gives a sense of where our style is at the moment – a mix of country and ethereal pop I would say. For Saturday, we will be performing a few of our new songs which we’re super excited for! We also have a synth player joining us, which adds a really interesting dimension to the music.

2 – Q: Which musical act are you most excited to see yourself at this year’s Northside Festival?
Definitely excited for Timber Timbre, The Hotelier, and Kamasi Washington! Dirty Projectors should be fun to see as well.

3 – Q: This being your first time performing at the festival, what would be the coolest thing you think could happen?
Haha! Umm. Well all I can hope for is a great, well attended show!!

4 – Q: What is in store for you in the next six months?
As of now we’re working on recording a bunch of new stuff and will be releasing some new tracks soon! We will mostly be focusing on playing out in New York but I definitely want to do some other east coast shows as well.

5 – Q: What’s the question you wish we would be asking?
Hmmm. I think you guys nailed it! See you this weekend 🙂

Thank you so much, Emily! Can not way to see your new set-up live and hear all your gorgeous new material on Saturday.

To get into the groove, listen to “Me and You” and stream it on Spotify: