3 Is A Band: Demob Happy 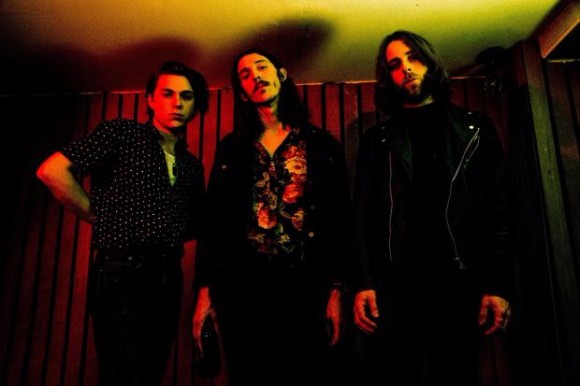 3 Is A Band: Demob Happy

Demob Happy are a heavy hitting alt rock three-piece originally from Newcastle and now based in Brighton, England with a gritty, grungy vibe. The band consists of Matt Marcantonio (vocals, bass), Adam Godfrey (guitar, vocals) and Thomas Armstrong (drums, vocals).  After their self-released album “Dead Dreamers”, they are  now debuting their new single “Dead Dreamers”on SO Recordings which is produced by not other than Tom Dalgety (Pixies, Royal Blood).

When asked for a bit of a background to the new direction, frontman Matt Marcantonio explains: “The world tried to set itself on fire the last year, us included,”  “We had to mutate and figure out what this band was, so we just wrote and wrote until we knew. ‘Dead Dreamers’ is a reflection of that. We expelled our demons, along with the worlds’. We wrote the best stuff we’ve ever written.”

Check out tour dates here because these alt-rockers will be on tour with not other but legendary The Cribs and then later with Gang of Youths.

Maybe my favorite track from their 2015 full length album “Dream Soda”, no also on SO Recordings, the beautifully fuzzy “Junk DNA”: