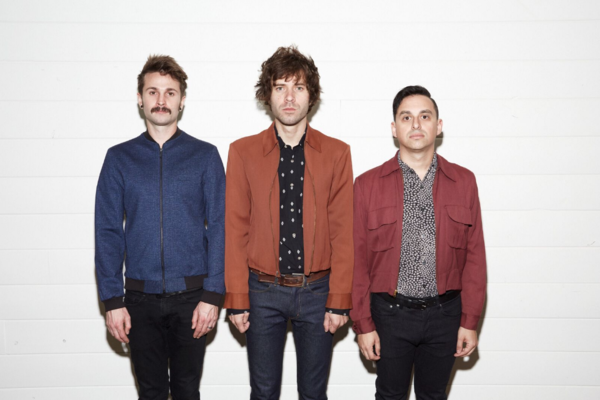 What is more interesting, the fact that The Technicolors have a new song out? Or that this three-piece is based in Phoenix, AZ and not, as their sound would suggest, New York City? Or that “Little Charmer” is exactly that, one charming and totally gorgeous gem of an indie-rock track? Not sure how much The Technicolors’ frontman Brennan Smiley channels Julian Casablancas purposefully or how much it just comes naturally but who cares if the result is that appealing?

As for the lyrical context, Brennan Smiley explains: “‘Little Charmer’ is a number I wrote about feeling like the last one to the party, and the last to leave, and wondering why I was even there to begin with. We’ve all been there, in one way or another. So I wanted to celebrate that moment. It’s a picture of those who have moved on painted for those who persist, and ultimately a celebration of all the different people come and go, looking back and moving forward.”

“Little Charmer” has it all from catchy hooks, nice guitar work, great rhythm to intriguing vocals and even some playful whistling. Listen to our Song Pick of the Day now:

Stream “Little Charmer” on Spotify and get it on iTunes. The new album is scheduled for July 7th, 2017.