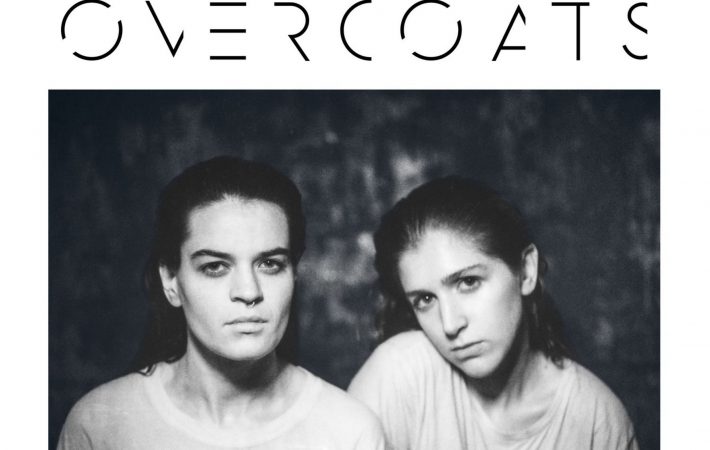 You only need to listen a minute or so into “Father”, the opening track of the debut album “Young” by Brooklyn-based duo Overcoats, to enter their musical world: the vocal harmonies come from folk music, but instead of an underlying lovely acoustic guitar line, there is a carpet of industrial noise. When we met Hana Elion and JJ Mitchell for the first time last year in Austin, they felt they would need to play at least half an acoustic set to not shock too much an audience that was gathered to listen to a folk showcase. But the energy grew significantly when they added sounds from their electronic gear, back then still played by two additional musicians. Dance music elements, they explained after the show, help to underline the sadness of their songs. And sad most of the songs on “Young” are: the overarching theme are the widening cracks in a relationship after it has hit a wall, a situation that happens particularly often in younger years when lovers still need to figure out where to go in life. But that contrasts wonderfully with their real life story: two friends taking on the world together with their own unique vision of music.