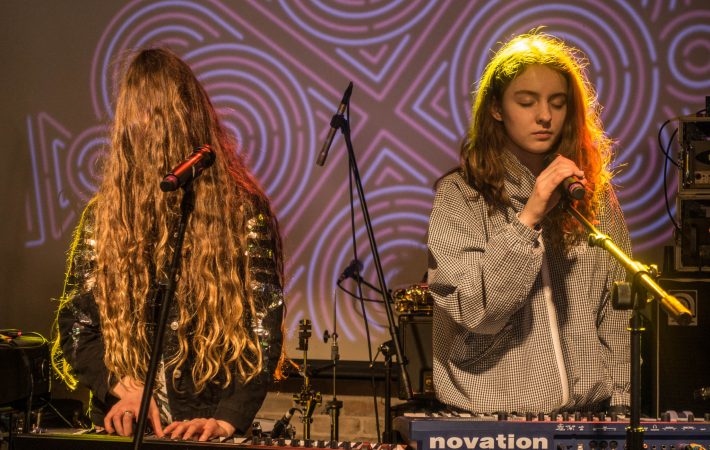 Let’s Eat Grandma is a duo from Norwich, U.K, which turns pop music on its head as can be witnessed on their 2016 debut album “I, Gemini” (Apple Music | Spotify). On stage, Rosa Walton and Jenny Hollingworth put on an eerie, ghostly show that sees them playing many different instruments in addition to the electronics: you could believe that they are child prodigies who are normally locked away in a lonely castle on the English countryside. But when they briefly broke out of character due to technical difficulties with their complex equipment, Let’s Eat Grandma revealed that in reality they are two charming young women who know how to do a freaking good show.