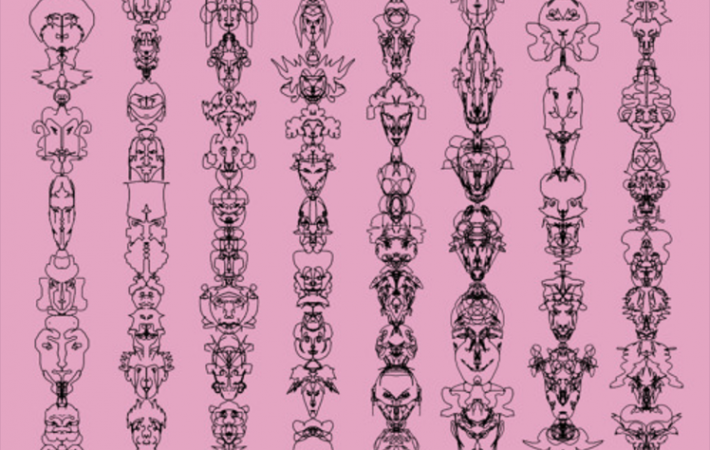 “Freaktown”,  the sophomore album by A Victim Of Society is nothing short but phenomenal! From the first track “The Quick and The Dead” to the album’s title track “Freaktown” there is lots of fuzzy, psychedelic guitar bliss, at times with more punk and metal elements even (the rhythm, the focus) and with vocals that don’t want to shine on its own but are amazingly complementing the overall set-up.

I haven’t swooned over an album since… well,  since early March. “Freaktown” hit me hard and I finally found a third album to add to my favorite Top 10 of 2017!

While my British indie-rock loving heart initially thought A Victim Of Society would hail from the island, I was utterly surprised to learn Vagelis Makris (vocals, guitars), Fotis Ntouskas (guitar) and Pantelis Karasevdas (drums) are actually based in Athens, Greece. Boy, does this Southern European country get put on the map with this band and their album!

From what I’ve learned, this Greek three-piece is crazy good live and opened for The Black Angels, Moon Duo, Dirty Beaches and Disappears – the latter one of my all time favs. A Victim Of Society’s music is very well settled between all of them. Listening to the album on repeat again, I even spot some Greek music elements on “Amnesia”, now that I know… well done guys! I also think if Black Rebel Motorcycle Club is looking for a complementing opener, they might want to look in Athens…

Listen to the  entire album which is out now on Inner Ear Records, stream it on Spotify, find it on iTunes  and BandCamp and get here a taste from it with the rad “The Quick and The Dead”: