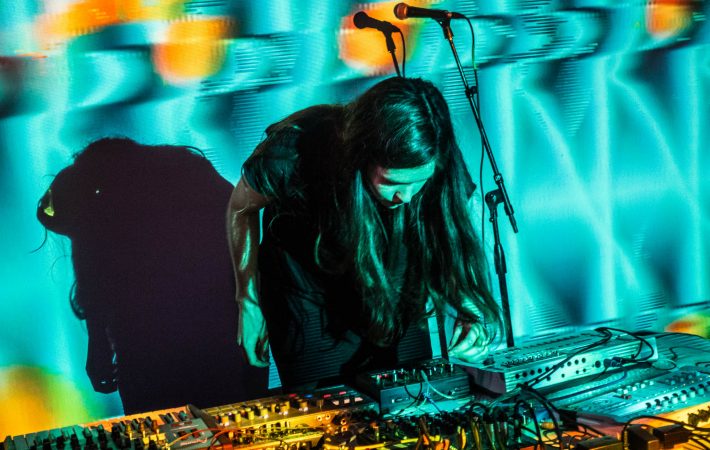 Electronic musician Marie Davidson commands the stage. Literally. Before the show she demanded the music should be louder and near the end of the show she waved away the police who wanted to enforce the 2 am curfew: “I’m not done yet!” They gave in and let her play “Adieu Au Dancefloor”, the title track of the 2016 album (Apple Music | Spotify).

In between, Marie played pulsating, intense techno on an array of machinery and recited poems with deadpan vocals. Together with a colorful projection flooding the stage, her show was unforgettably beautiful.

Listen to “Naïve to the Bone”:

Enjoy photos of her Hotel Vegas show for SXSW: