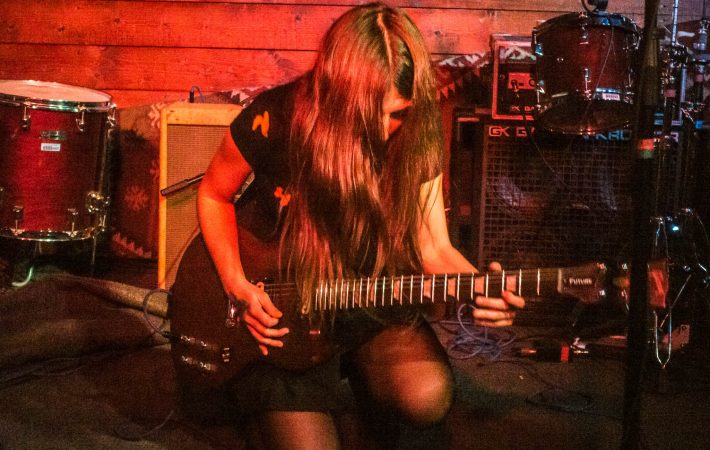 Italian musician Ema Drei, who goes by Giungla (Italian for ‘jungle’), released an excellent EP “Camo” (Apple Music | Spotify) last year and three of its four songs ended up to be our Song Pick of the Day.

That is why we were more than excited when Giungla not only signed up for a SXSW performance but also stopped in NYC on her way to and from Austin, TX. On stage Giungla is as phenomenal as recorded with only her soothing vocals, her guitar, lots of pedals and some drum machine loops. Totally rad and we are looking forward to hear more from this amazing solo artist!

Enjoy photos from Giungla’s show at  The Sidewinder Saturday night.

Listen to the super cool “Gold”