3 Is A Band: Auction for the Promise Club 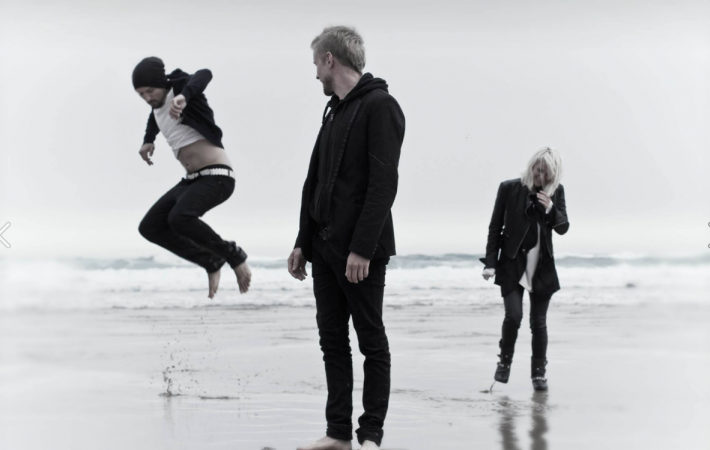 3 Is A Band: Auction for the Promise Club

Auction for the Promise Club is quite an elaborate band name and sort of hinting of eight or more members, yet this guitar driven indie rock band is only three members strong and hence ideal for a closer look via our #3IsABand feature. Hailing from Cornwall, in the U.K. the trio made some waves when playing across the country. No surprise here with a gem of an anthemic rock song like “Moonlight” – people take notice.

Auction for the Promise Club is formed by vocalist and guitarist Zoe White Chambers and her brother Toby White Chambers on drums, together with Perran Tremewan on guitars and keys.

When reading about their “influences”, they name U.K. indie glam trio Placebo first, which I found rather interesting and which also made my heart jump a little in joy since I am a huge, huge Placebo fan myself and one of the reasons I started this #3IsABand series in the first place! AFTPC, how they tend to call themselves, released “Moonlight” earlier this month ahead of their upcoming debut album “Silence” for which they teamed up with producer Paul Reeve (Muse, Beta Band, Supergrass) and that’s maybe even more reason to be looking forward to the record – if this stellar single wasn’t enough. The album is due for June 9th via Easy Action Records.

For now, let us watch the video to “Moonlight” and then check out the debut album.

Add “Moonlight” to your Soundcloud playlist or the one on Spotify or iTunes.