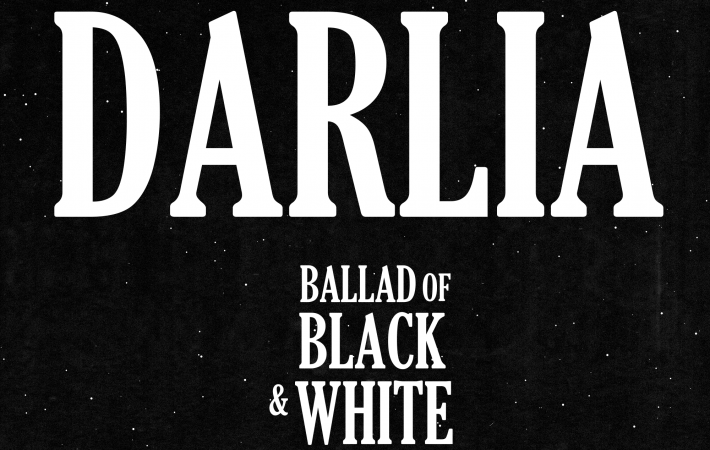 “Come fly with me ‘cos I’m ready” – too tempting to reply something like “took you two years” but that would be rude considering that Darlia, one of the most exciting bands to come out from an already big pool of exciting bands is back, and back with a stunner of a song! “Ballad of Black & White” is like a glorious sonic meteor shower, drenched in Darlia’s signature grunginess with Nathan Day‘s growling vocals being the brightly shining comet in its midst. There is no doubt, Darlia are here again and as awesome as ever! This is also supported by the fact that their headline show at the London Camden Assembly at the end of March is already sold-out but more shows will be on the horizon soon and hopefully a U.S.-tour as well? Now listen to “Ballad of Black & White”, our Song Pick of the Day:

Can’t get enough of this new song by Darlia, because… well, it’s been too long! So let’s hear it from Nathan Day himself, when he explains: “I remember trying to demo this tune myself when the house was empty and it was too much for me to tackle at the time. Fortunately I then got to work with the producer Dan Lancaster which was when I realised he might as well be a fucking magician because he’s amazing. We recorded the tune in two sessions. The first one we kinda mapped it out and it was so unfinished I don’t think I even heard it back all the way through. After the first session I think he secretly sprinkled some magic dust on it or some kind of chilli sauce cos he sent back a rough version and we were all like “FUCK – that’s unexpectedly spicy” and knew it had to be finished. “