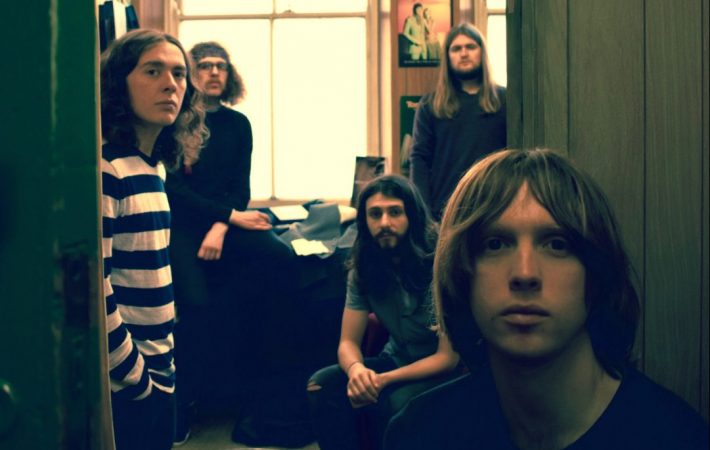 Listening to “Sacred Flight” feels like floating on a cloud of psychedelic, fuzzy bliss, bright and beautiful. Did “Self Realization” swoon us with the stunning guitar solo, “Sacred Flight” captures us with its harmonious and re-assuring vibe. “Sacred Flight” is the new single by Liverpool quintet The Vryll Society who will make their state-side debut for SXSW 2017 and we can’t wait to see them live! Frontman Mike Ellis says about the track: “Sacred Flight is a motoric journey into cosmic space jolting atoms of sound from one galaxy to another before finally exploding into a jewel box of guitar frenzied litany!” Listen to “Sacred Flight” now: