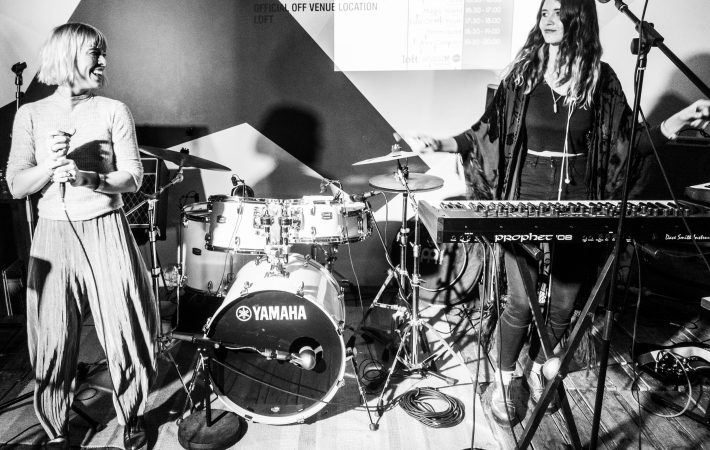 Plenty of new full-length albums and EPs came out since last week and today and we are especially excited about the following new releases:

Austra, the Canadian band around Katie Stelmanis is back to a three-piece and back to the purer electronic music of their first album. “Future Politics” is about utopian science-fiction and the album is simply fantastic. Get “Future Politics” on iTunes and stream it on Spotify.^Oliver

Fans of intelligent and catchy indie-rock that’s taking from jazz or funk where it seems fit, will absolutely love “Intro”, the debut EP by Black Emoji. The man behind Blak Emoji is well-known in New York’s music scene and beyond, and this makes his latest project maybe even more intriguing. Kelsey Warren put together a five track album that surprises, shakes up and always delights. Starting with the superb “Sapiosexual” and its cool industrial rock edge to the smooth “Honey” and then the sexy-funky “Velvet Robes & Dive Bars”, the mélange is as surprising as it is alluring. More please, soon! Get “Intro” on iTunes and stream it on Spotify.^Elke

A bit garage, a bit punk, a lot of drive and melody in-between, Leeds alt-rockers Menace Beach released their new full-length album “Lemon Memory”. Extra points for the gorgeous design! Get “Lemon Memory” on iTunes and stream it on Spotify. ^Elke

L.A. punk three-piece Cherry Glazerr first record under a new label brims of inspiration and energy. Get “Future Politics” on iTunes and stream it on Spotify.^Oliver

I was anticipating Dot Hacker‘s third album ever since I made “C Section” our Song Pick of the Day. With “N°3” being out now, I could listen through it a couple of times and can honestly say that I love the entire album. Aside from “C Section”, my other top favorite track would be “Apt Mess” which you find on Spotify here. Get “N°3” on iTunes and stream it on Spotify. ^Elke

We already fell in love with East Of My Youth on grounds of their first single “Mother” and their charming Iceland Airwaves performance. Now finally their debut EP with six excellent synth pop tracks is out. Get the EP  iTunes and stream it on Spotify.^Oliver