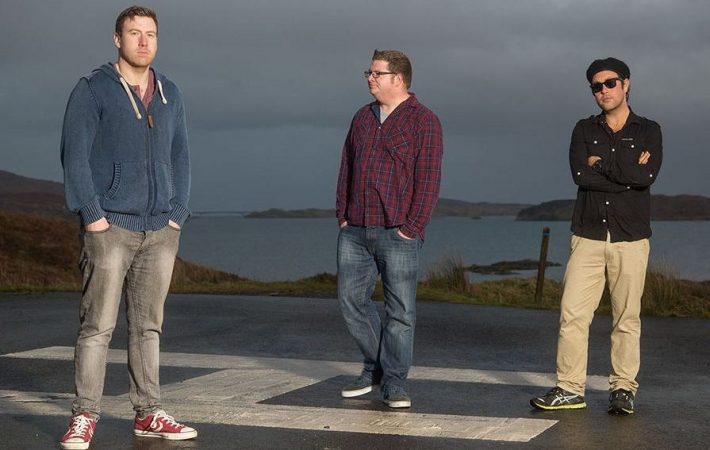 No place is too big or too small for like-minded people not finding each other with the intention to create something new and ideally great together. In the case of Seldom Few, three musicians came together on Isles of Lewis, a small island north of Scotland.

There is Ali Murray on guitars and lending the trio his vocals. There is also Zander Young on drums and rounding up the band is Richard Macdonald on bass. Together they create post-punk that is at times surprisingly dreamy and shoegazey. To give their sound an easier name, Seldom Few call it atmospheric rock and that is totally spot on! Seldom Few have recently released their self-titled debut album and the eight tracks take us on a beautifully atmospheric journey.

To get an idea of the album, listen to the quietly and steadily developing “Kimberly”, with its glorious crescendo:

When I asked Ali about Seldom Few’s sound but also about living on a small island and how this maybe influences their style, he gave me this response:

“We try to make music that sounds quite dirty and noisy and raw, yet melodic and beautiful at the same time. We live on a cold little island in the north of Scotland. Life can be quite harsh here. There’s a lot of beauty in this place, but there’s also a lot of sadness. Our music kind of reflects that.”

Hence, here one of the stormier tracks on the album: