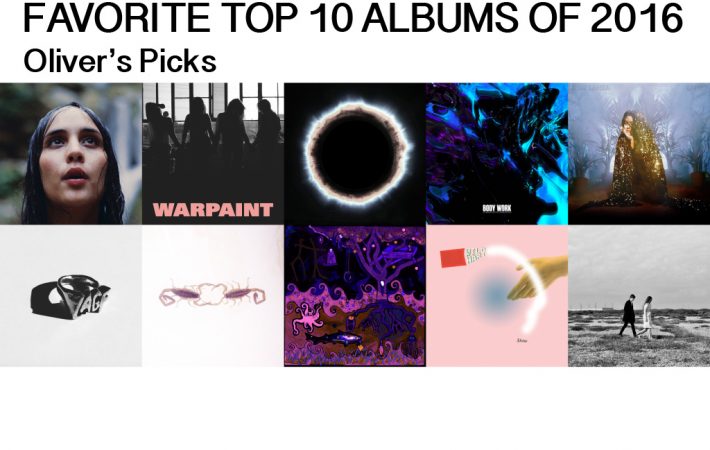 In 2016 it felt harder than usual to put together a best-of list and looking around there is surprisingly little consensus beyond a few established superstars. But here we go: my favorite ten albums, in loose order:

The third album of Brooklyn duo Young Magic is inspired by singer Melati Malay’s exploration of her Indonesian ancestry. The result is a beautiful, effortless blend of acoustic and electronic elements. (Review | Apple Music | Spotify)

With Warpaint’s third album, their most self-confident and consistent work up to date, the L.A. four-piece arrives in a class of its own. (Apple Music | Spotify)

Negative Gemini , the project of Brooklyn producer/singer Lindsey French released a beautiful debut album of dance music light and fresh like a sunrise at the beach. (Apple Music | Spotify)

Rosa Walton and Jenny Hollingworth of Let’s Eat Grandma ignore all pop music conventions as much as the life-saving comma in their band name. (Airwaves Show | Apple Music | Spotify)

Wildhart’s “Shine” is a wonderfully weird indie pop album and I could listen to Ylda Holmdahl singing all day anyway. (Apple Music | Spotify)