EXCITED ABOUT: James Edge and The Mindstep // Golden Coast // Colouring 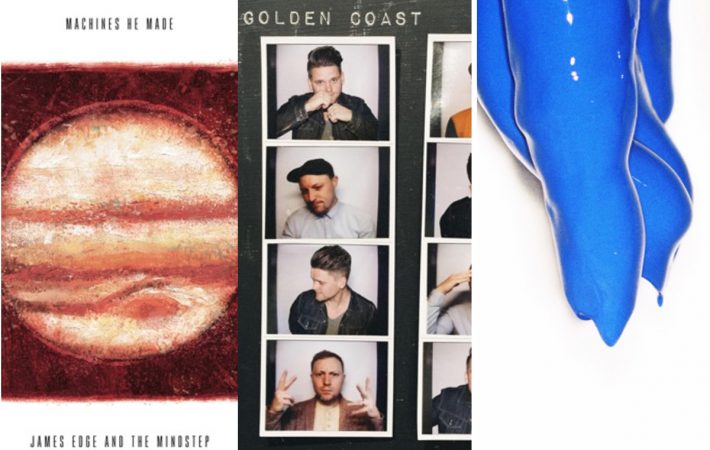 EXCITED ABOUT: James Edge and The Mindstep // Golden Coast // Colouring

From today’s dropped EPs and full length albums, we were looking forward to three in particular since we already loved the singles from these releases. In particular these are:

James Edge and The Mindstep – Machines He Made

Gimme skillful played guitar and I am already happy! But it does not stop there with alt-folk-jazz virtuoso James Edge & The Mindstep because he pairs his maddening awesome guitar play with alluring vocals and immensely satisfying song writing and instrumentation. Late in the year, this record is a serious contender for any “best albums of the year” list. While we featured “Four To Four” in August already, I now go with the equally exhilarating “On A Red Horse” which I urge you to listen to and then make it through the whole album “Machines He Made” on Spotify and or iTunes. ^Elke

Los Angeles based duo Golden Coast let their band name shine through  in every song they put out because their tunes seem to be the equivalent of feeling the sun’s warmth on your skin, this lovely tingly feeling of a good time, instantly brightening your day. While we already loved their previously released singles “Recess” and “Comeback Kid”, there’s now more of the good with their self-titled EP “Golden Coast”. Listen to their latest single “Make Ya Move” (and hold back dancing along) and then get the 6-tracks EP on Spotify and on iTunes. ^Elke

In life there are luckily a few instances where missed opportunities can be kind of made up again, like not having mentioned Colouring‘s new EP “Symmetry” when it dropped last week. The record is as charming and mesmerizing now as it would have been last week, and I am a fan of the band ever since I heard “About You” and then they truly got me with their crazy-good, very own version of “I Heard It Through The Grapevine”. Now there are 6 songs to listen to… Christmas came early? If you are into intelligently made electropop, Colouring based in London is your band! Listen to Colouring’s latest single “Symmetry” and then get the 6-tracks EP on Spotify and on iTunes. ^Elke