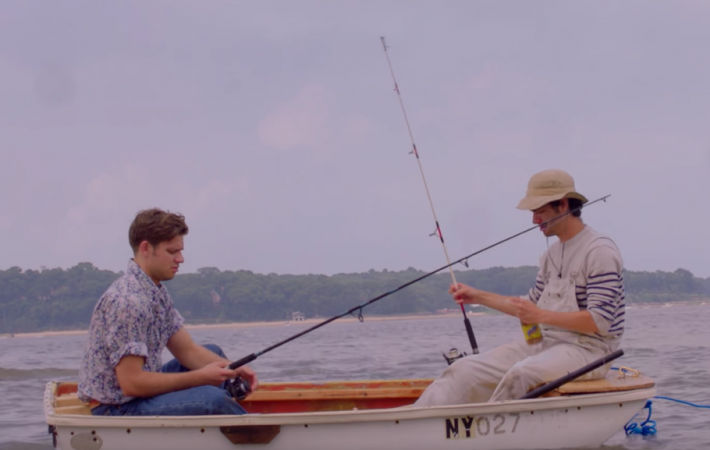 “I can play the disco, if you can play the drums” go part of the lyrics of argonaut&wasp‘s new single “Disco Disco (The Drum Song” and the clever video to go with is equally fun. The Brooklyn duo, comprised of Trey Schibli and Theo Klein, finds itself on a sunny day in a little boat, on a big lake, equipped with two angler fly rods yet what they fish is… well, not a fish. The video tells such a cute little story that I don’t want to give anything away but strongly recommend to watch it. “Disco Disco (The Drum Song)” is alluring in its minimalism, upbeat and super catchy: