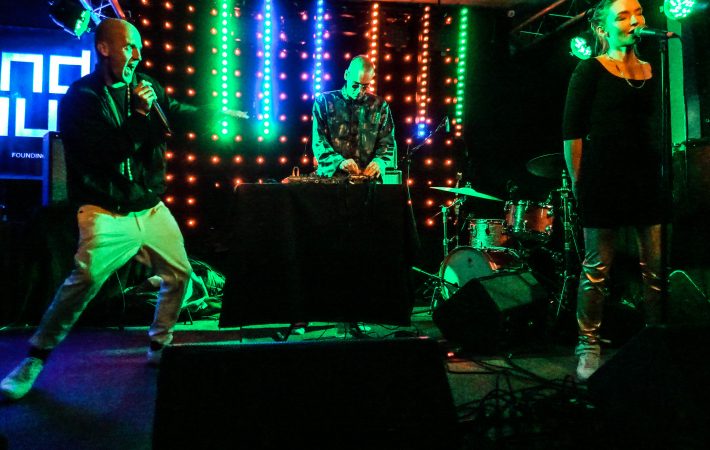 Let Iceland Airwaves 2016 begin! Admittedly, the first day of the five days long music festival was less packed than the other days yet this did not mean less music or less cool music. In the contrary! The Icelandic/British/German trio Cryptochrome took the stage at Húrra at exactly 8:00 pm and gave an incredible performance in front of an excited and large audience.

What makes Cryptochrome so special and compelling is their approach to music, because they are not afraid to take what they like from whatever genre and blend it all together. Is it rap? Techno? Hip hop? Fuzzy soul fusion? Electro pop? Well, a bit of everything and not necessarily all together but alluringly balanced out, song by song. With three artists on stage, one behind the mixing desk and the other two singing, they put on a mesmerizing show. It felt like Cryptochrome are visualizing their songs while on stage, telling stories, entertain.

Our photos capture some of that spirit, but there’s of course so much more live. If you are living in Europe, you are in luck because chances are Cryptochrome will play live in a city near you. Here’s hope though that they are also put New York City on their map of possible concerts because… I most definitely want to see them again!