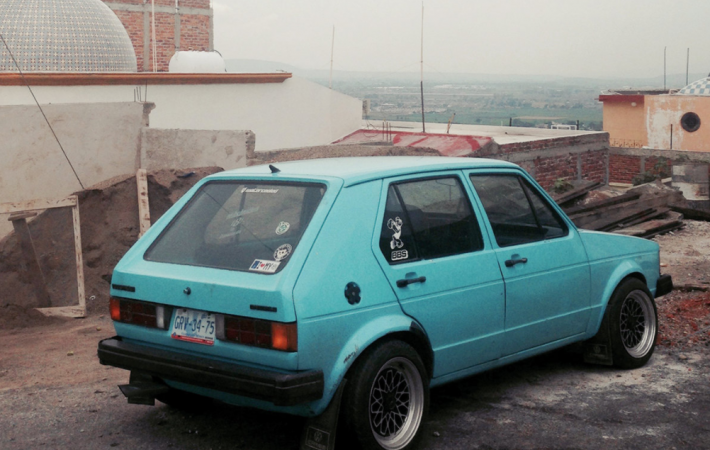 Originally, I wanted to feature “The F.C.” as Song Pick of the Day but after listening to the track a few times more, and then the entire album, I knew that stopping at the first track wouldn’t do in this case. Italian/English psych-grunge rockers Super Paradiso have just released their 8 tracks debut album “Quençebo” on Jigsaw Records and it is an exciting album, one that makes you even like a tricky day like such as Monday.

With the exception of “All My Friends”, a guitar-driven cover of the LCD Soundsystem classic, all songs have been written and recorded by lead singer and guitarist Francesco Roma in his hometown, Milan, Italy. After moving to London, U.K., Francesco enlisted Nico Spreafico on backing vocals (also on the record) and guitar for live gigs, together with Juliet Styles on synths and Bradley Smith on drums.

Super Paradise summarize their debut album pretty spot on: “Building on the edgy energy of Thee Oh Sees, the rough sounds of Parquet Courts and the soundscapes of New Order, the result is a hypnotic amphetamine rush with dizzying catchy melodies.”

Get “Quençebo” on Bandcamp and iTunes, and get into the groove of the album by listening to the absolutely stunning “The F.C.” and then continue with the entire album: