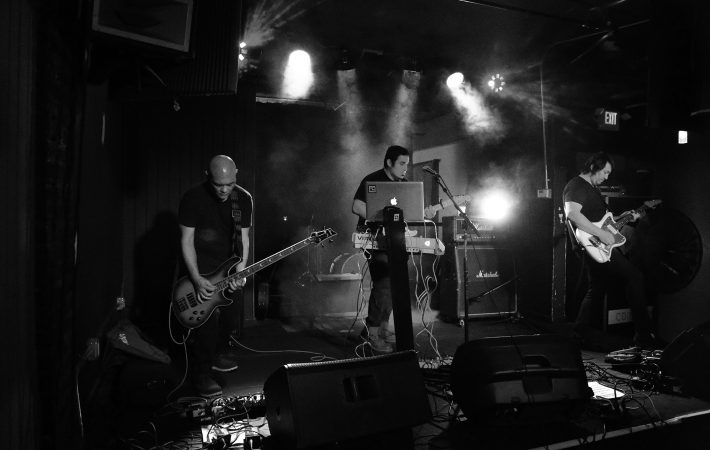 Listening to Echolust‘s debut album “Veldisa”, it is easy to picture the trio somewhere in London, late 80s, jamming with the likes of Depeche Mode, Sisters of Mercy, Joy Division, or Pet Shop Boys to name a few. The associations are all fine but Echolust are located in sunny California, Long Beach to be precise, just released their album “Veldisa” via Cleopatra Records and while they are influenced by dark wave, shoegaze and electronic music legends, they create their very own sound.

Listen to the album’s title track to get an idea:

How did the three meet? Philip was about to give it all up, annoyed and frustrated with the lack of finding the right people to write music with, when one day in the Summer of 2012 he met Armond through friends at an Echo and The Bunnymen concert in Los Angeles and they started to write songs and make music together with the goal to have enough material for an EP which ended up being an entire record full of songs. Something was missing though…

They wanted to sound more distorted, distant maybe and definitely a bit more like some of the shoegaze classics. One night, when Philip was DJ-ing in a small-dive bar, playing a Cocteau Twins track, he got approached by Tony, they started a conversation which ultimately led to Tony joining the band and all three started to create and record music together. I am glad they did!

Listen to another track from the splendid debut album, the beautifully melancholic “Zombie Birds”, with a touch of optimism:

Get Echolust’s full length album “Veldisa” on Bandcamp  and iTunes.