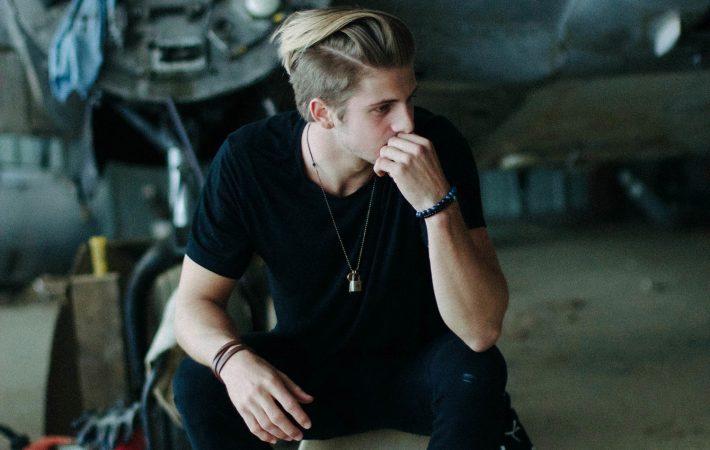 The post-punk duo Lowlands, comprised of best friends Gabriel Spatuzzi (NYC, NY) and Thomas C. Garcia (San Diego, CA), released their debut full-length album “Lovers Blessings” and I get lost in the deep, dark vocals and the alluring post-wave vibe of the album. Available via bandcamp digitally and on vinyl in a limited (50) hand numbered edition. ^Elke

New York via Hamburg, Germany singer/producer Von Sell has been already teasing us with a few of his lush, shimmering synth pop pieces, but today he finally released a self-titled six-plus-one track debut EP. I would be surprised if those songs won’t make it in many playlists. Listen on Apple Music or Spotify. ^Oliver

Katie Gately is a producer L.A.-based producer from New York. Her debut full-length “Color” is awesome. Listen to it on Apple Music or Spotify. ^Oliver

For the last six months, we’ve been closely following electro-pop artist Quinn Lewis and his single releases. Today, Quinn Lewis has released them all nicely bundled on his debut EP called “Addicted”, and that’s pretty much what we are, mesmerized by his raspy-smooth vocals and incredible songwriting talent. Quinn Lewis recently played a glamglare showcase, and we are very much looking forward to hearing more from this amazing emerging artist!
Listen to Quinn Lewis’ debut EP “Addicted” on Soundcloud and get it on iTunes. ^Elke

Admittedly, this larger than life supergroup could do without being mentioned in a Brooklyn based indie-blog was it not for… me being a long time fan. Here I said it. I’ve been following Kings Of Leon since early 2000 and can’t help but still falling for Caleb Followill’s raspy vocals and the band’s guitar-driven Southern Rock. Get lost in the story telling of  “Waste A Moment”: ^Elke

Lisa Mitchell is a star in Australia and her new album “Warriors” shows why: it is perfectly executed 2016 pop music with a blend of electronic and acoustic instruments and enough depth and surprises to keep you in its influence for all ten tracks. Listen on Apple Music or Spotify. ^Oliver