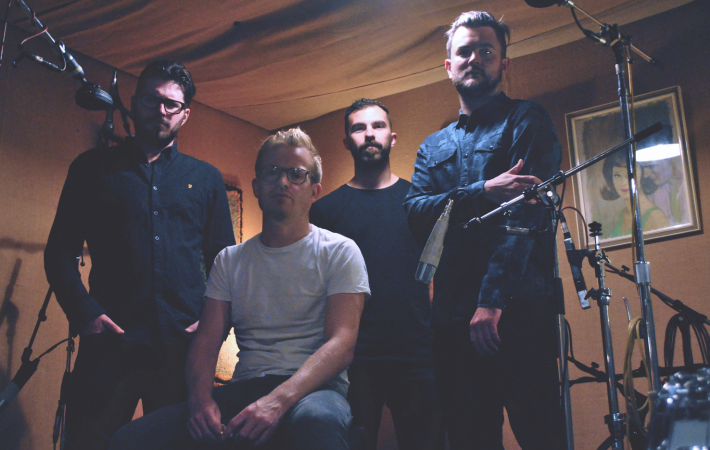 Big, bold and beautiful that is “Silence”, the new mesmerizing single by London quartet Escapists. The song is one gorgeous, sweeping track. It’s epic! Lyrically, “Silence” highlights what seems to happen too often in modern relationships, when people are staring into their smart phone screens instead of personally interacting with each other.

The band Escapists was born when vocalist Simon Glancy moved to London to concentrate on his songwriting and asked his friend Oli Court to collaborate on his ideas. They soon could also get composer and bassist Max Perryment on board and after a week of intensive sessions, they decided that their musical camaraderie was worth pursuing and rounded up their newly formed band with Oli’s former schoolmate Andy Walsh on drums. The four draw inspiration from the music they loved listening to while studying: Arcade Fire, The National and Broken Social Scene – and it shows in the smart and layered complexity of their own sound.

“Silence” is the fascinating new single by Escapists and we are thrilled to being able to premiere the glorious track today. Listen to “Silence”, our Song Pick of the Day, now: