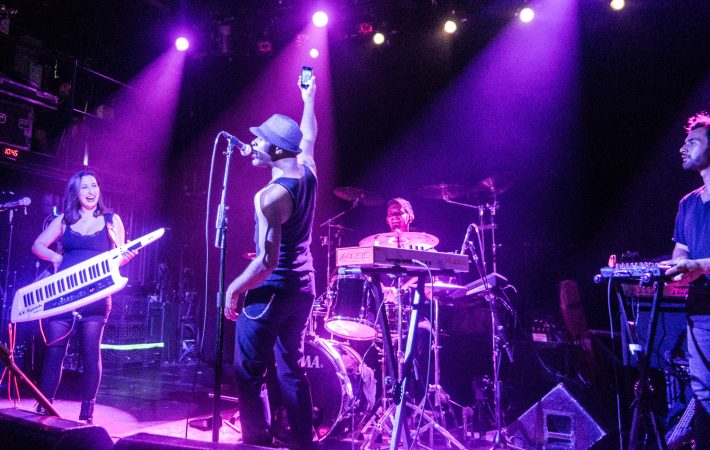 Easily among our top favorite artists of 2016: Blak Emoji! Behind the electro-pop-rock project is vocalist, songwriter and multi-instrumentalist Kelsey. While he is recording the Blak Emoji tracks by himself with the finishing touches of different producers, Kelsey expands his solo act to a four-piece band when playing live.

Blak Emoji is currently recording and the debut EP is to be expected later this or early next year. It’ll be worth the wait in any case! In the meantime, dig some photos from the fantastic Irving Plaza show and head out to Blak Emoji’s upcoming shows:

(Click on any photo to start the slide show.)