SONG PICK: Red Love – Does It Make You 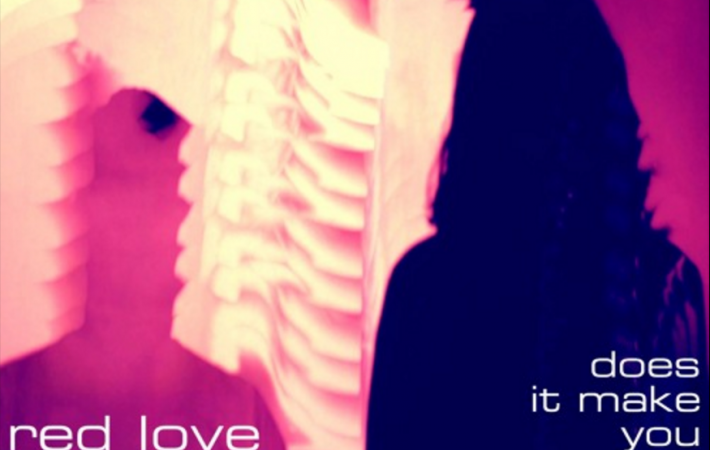 SONG PICK: Red Love – Does It Make You

“Does It Make You” is the mesmerizing new single by Red Love, taken from their self-titled debut album. The track starts out with intriguing guitar riffs, soon supported by stellar drum beats and distant sounding vocals, all intensifying further and further until its climax at the five minutes mark. In its intensity and layered beauty, this song reminds me of Radiohead’s “There, There”. To use a different analogy, “Does It Make You” could be compared with decorating a festive cake, with layers and layers of icing, chocolate sprinkles, little rosettes, more sprinkles, more icing until the result is one mouth-watering glorious fancy cake.

This also might not come as a surprise, given the fact that Red Love is the new band of two music veterans, comprised of Matt Tong (Bloc Party, Algiers) and Alex Newport (producer: Bloc Party, Mars Volta, Weaves, At The Drive In). All celebrity status aside, in the end it’s the music that counts and “Does It Make You” is an ultra-cool track and our Song Pick of the Day:

“Does It Make You” is a track on Red Love’s self-titled debut album, available on iTunes.