PHOTOS: The Lulls Got the Crowd Going at The Bowery Electric (Mondo.NYC) 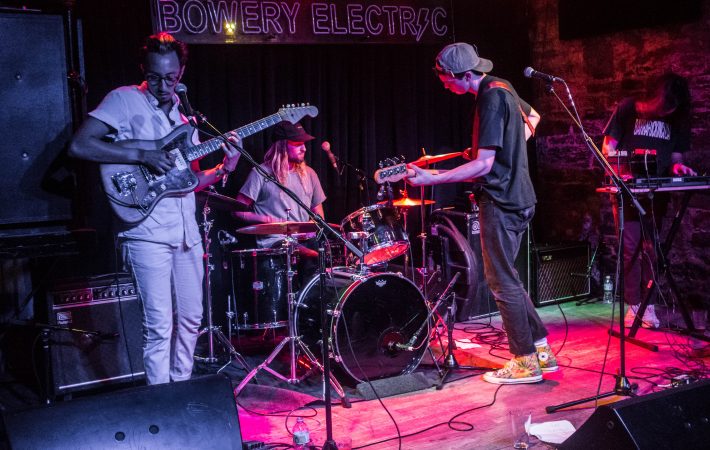 PHOTOS: The Lulls Got the Crowd Going at The Bowery Electric (Mondo.NYC)

San Diego three-piece The Lulls are currently on tour from West to East and back again, with a two weeks stop in New York City. A few months ago we exclusively premiered their first single “Bruise” and have been fans from the spot ever since. “Bruise” was followed by “Paris” and a third single will come out tomorrow before the release of their debut full length album “Island of Daughters”.

Ryan Miller (drums), Rutger Rosenborg (guitar, vocals) and Cameron Wilson (bass, vocals) and while on tour accompanied by a fourth member on keys, played a fantastic set at The Bowery Electric for the inaugural Mondo.NYC festival. What a show! We couldn’t be happier and more thrilled to see The Lulls again soon, at our very own showcase even. More info here.

If you missed The Lulls at The Bowery Electric or would like to see them again, so there’s a chance on October 1st at The Delancey when fans and bands alike will celebrate the vinyl release of “Island of Daughters”.

Click on a photo to make it bigger and to browse through the set.