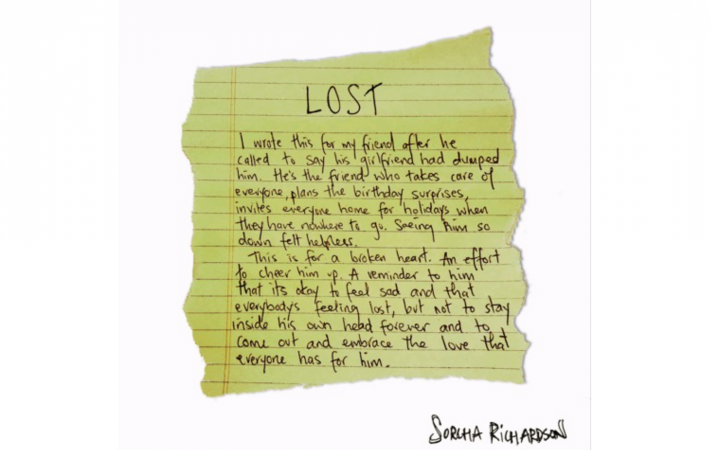 Sorcha Richardson wrote “Lost” for a friend whose girlfriend has broken up with him. That is hard to overcome, but he is lucky to have a friend who creates such a beautiful, comforting song and then even writes such nice things on the cover image. Sorcha is originally from Dublin and now based in Brooklyn. Listen to our Song Pick of the Day now and check out her Soundcloud for more great music: