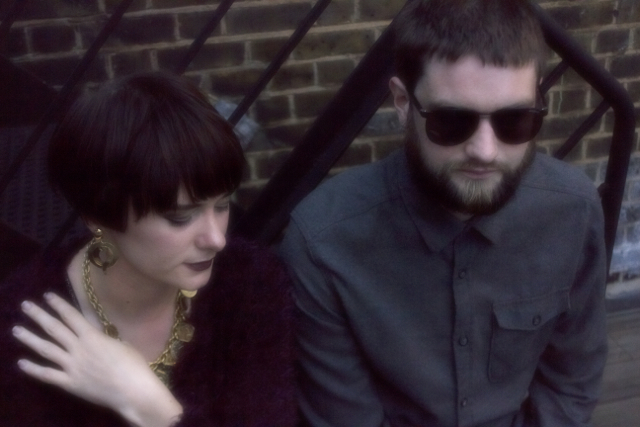 Experimental electronic duo Emotional have released their self-titled debut album today and I love it. Plain and straightforward. Maybe a little bit like the album itself because it comes without any frills or superfluous. The album is more on the minimalistic and sparsely instrumented side but that is already a big part of its appeal.

Emotional, consisting of Sian Dorrer (The Bomber Jackets, PLUG and Ravioli Me Away) and Adam Parkinson (Dane Law and SDF), formed in 2013 while experimenting with a collection of Sian’s field recordings, ancient Casio keyboards and Zoom drum machine loops. After countless hours spent in subterranean Dalston a collection of skewed electronic pop hits were formed and compiled into their debut album: “Emotional”.

Looking at the track list, what stands out immediately is the numbering of the tracks, with A1 to A5 and B1 to B4, clearly with vinyl in mind, or maybe even more so tape recordings, given their background. Listening to the album, one can make out influences by late 70s to early 80s German New Wave to 90s trance and house music.  There’s a quote about Emotional which I really like saying “the music is born out of a deep rooted love of pop and an inability to make it normally.”

Personally, I find the album refreshingly smart and edgy, yet with some seriously catchy and/or mesmerizing pop-melodies underneath and overall well suited for everybody who is tired of all-too-smooth pop on the pursuit of something a bit more… well, experimental.

Listen to the album opener “Heartbeats” which is really gives you a good idea of what else is in store:

Then listen to the avant-garde late 70s synths track “Mirror Say The Same” which beautifully juxtaposes Sian Dorrer’s soft vocals, and enjoy the tranquil sample of a field recording at the end of the track: