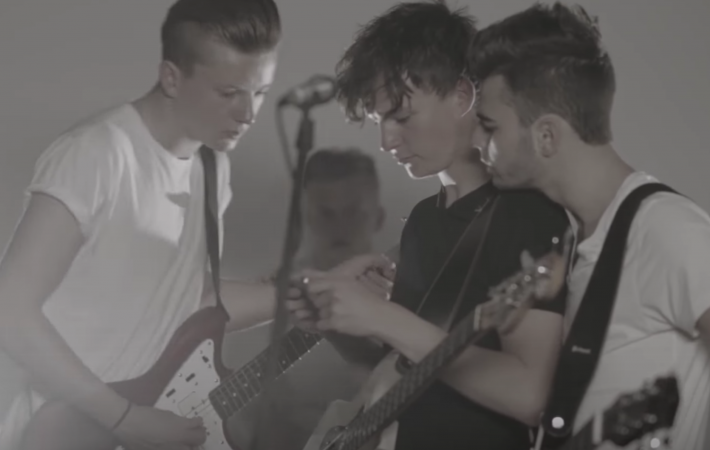 “Go Get It” by U.K. indie-rockers Whyte Lytes, is a catchy guitar driven song, with an edgy vibe that got me after the first listen – roughly three months ago. Much to my chagrin, I forgot about it again, surrounded by a constant flow of new music. The more I am thrilled about the opportunity to feature the track as it deserves: turns out, Whyte Lytes created a video, which won’t come officially out until next Monday but we got chosen to premiering it today ahead of time.

“Go Get It” is the debut video of emerging newcomers Josh Rawle (bass, vocals), Alex Rawle (guitar, vocals), Jonny Morrison (guitar) and Jamie Langford (drums), who simply -and not so simply- show themselves as a band. They are passionately playing their instruments and sing – in short perform the super cool “Go Get It” and throw in a few effects to make the video more aesthetically pleasing.

Personally, I have a weakness for firsts, and “Go Get It” is such a strong song, with ace vocals, and cool guitar work and the video to go with is charming, well done and should please every fan Whyte Lytes already have and get them new ones too. They are onto something…!

Watch “Go Get It” now, follow Whyte Lytes and check out their SoundCloud page for more of the good.