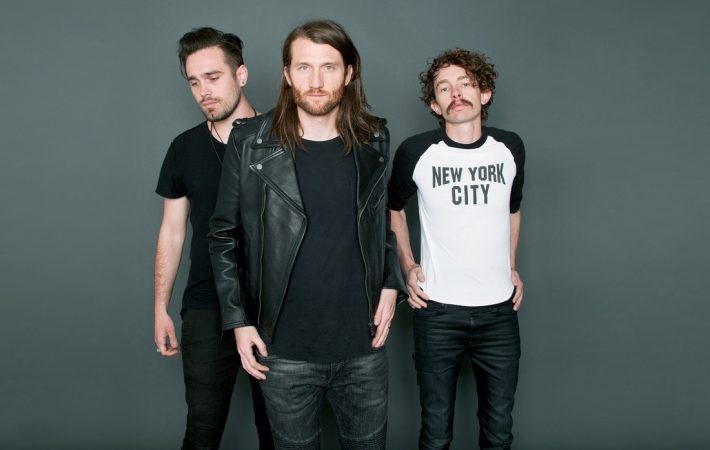 VanLadyLove, an electro-pop/rock trio from Provo, UT are going on a tour across the United States and since they also make a stop in New York City, Pianos that is, I was curious how they would sound like, especially since they are three! Turns out Travis Van Hoff (vocals, keys, guitar), Steele Saldutti (bass, synths) and Jordan Clark (keys, guitar, vocals) seem to hit the sweet spot where rock meets pop pretty well, with anthemic choruses and hook laden rock songs.

Well, yeah, I get that vibe especially on VanLadyLove’s newest EP “Alive”.

Follow VanLadyLove on Facebook and get “Alive” and their other records on iTunes. And to really find out more about the three, go to the really cool bio on their website which provides everything from favorite food, to movie to zodiac signs (glamglare shares Travis’ and Jordan’s).

Next up “Grenade”, maybe my favorite track from their latest album. Here in a fun live video: