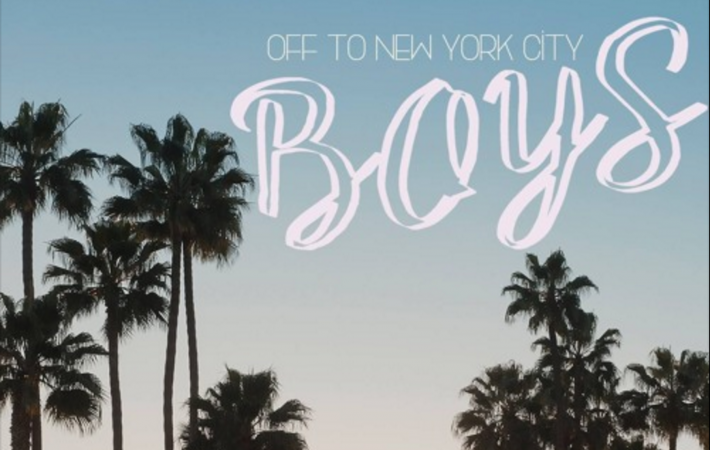 The beautifully laid-back vibe of the track is an open invitation to close our eyes for a moment and transport ourselves to wherever we want to be and granted, while missing the palm trees and the carefree vibe from the single’s cover art, New York City is as fascinating as ever. Listen to our Song Pick of the Day now:

“Off To New York City” is the last cut of BOYS debut EP to be released in September.