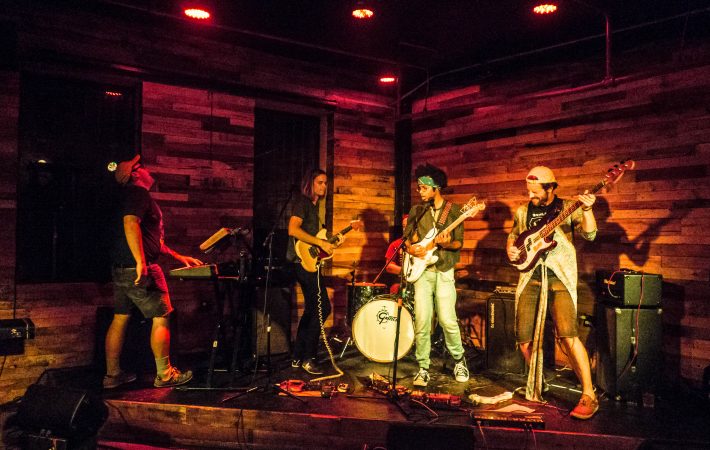 The Landmarks are a five-piece indie-band, from Ann Arbor, MI on the move to Seattle, WA. Touring their EP “Challenge”, they made a stop in Brooklyn, at Pine Box Rock Shop, and a day after at Manhattan’s Pianos. We caught The Landmarks in Brooklyn and were lucky to experience a lively and heartfelt show, filled with one rock gem after the other. The Landmarks sound live as good as recorded, and each of their songs, is compelling and a joy listening to.

Earlier this year, we asked Jack, The Landmarks’ songwriter and guitarist, questions in our Offstage series and of course we were thrilled for the opportunity to see them live and in action at Pine Box Rock Shop. See for yourself:

Listen to “To Fear the Wild Things”, a stunning track that shows the versatility and song writing chops of The Landmarks beautifully.