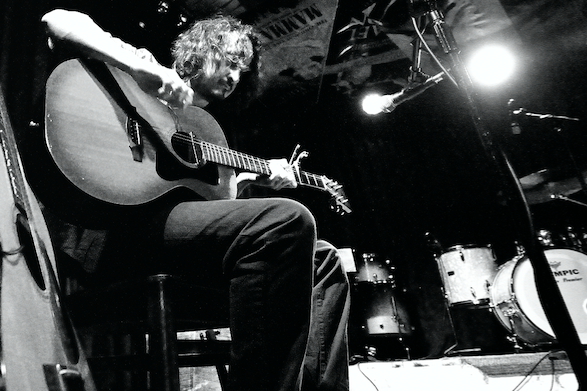 Filed Under: With Whiskey or Coffee — By: Elke Nominikat

“Four Two Four” is more than ‘just’ a song, because it feels like a journey, like leaving the house in the morning and collecting impressions, ideas and thoughts along the way. There  is a drum beat, a beautifully dominant acoustic guitar that soon gets challenged by a more and more commanding violin, and then there are James Edge’s rich vocals that hold “Four Two Four” fantastically together.

James Edge and the Mindstep have once more created something of unquestionable beauty, something which challenges our stale notions of what folk music actually is. In the hands of Edge, it’s modern jazz. It’s punk rock. Listen to “Four Two Four” now:

“Four Two Four” was recorded at Tom Aitkenhead’s Milk Studios in Limehouse for their upcoming album “Machines He Made” to be released later this year.