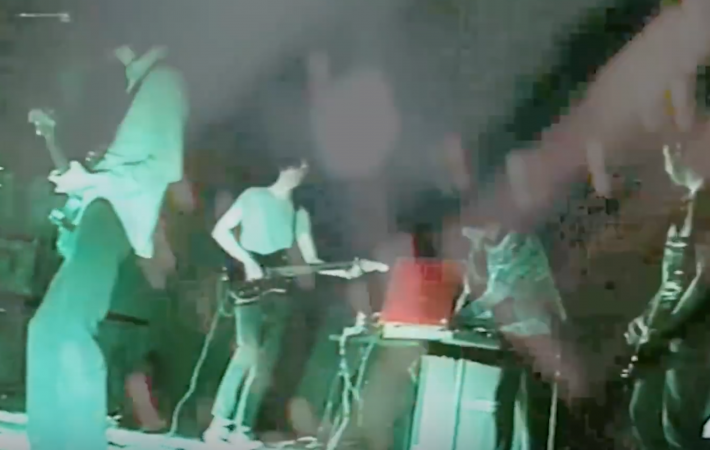 Hailing from Kiev in the Ukraine, Bichkraft recently visited New York City to play a few gigs and to mainly record more material, after having released an amazing full length album on Wharf Cat Records in June 2016. Their debut album “Shadoof”, is full of raw energy and confidence in trying out things without making compromises. I’m really digging the album and was totally bummed, when I not only could not see them during Northside 2016 because their visa took longer than anticipated, but again not in July due to… well, this being New York with so many other things always going on.

However, while the visa gods in June weren’t gracious, the have-fun-in-life gods were, because we serendipitously ran into three of the band members and had a fantastic time together, chatting a Sunday evening away including a thunderous flash flood and all…

So, what do Bichkraft actually sound like? The music the four create can be labeled as intelligent nosey, industrial post-punk but why trying to press them into something if there’s a really cool band video to watch while listening to their sound? Watch the brand new video to “Stain of Rest”:

Follow Bichkraft on Facebook and get their debut album “Shadoof” released on Wharf Cat Records or get it on iTunes.

Add “Stain of Rest” to your playlist on SoundCloud: