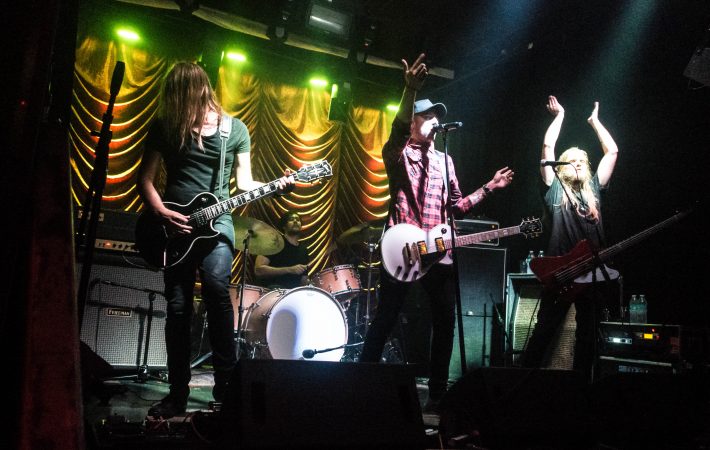 While touring the U.S., Detroit’s Citizen Zero also made a stop in Manhattan to make their New York debut at American Beauty.

They could not have chosen a better place for a rock band, because the stage of this velvety plush venue, decorated with heavy chandeliers and big, red drapes, with a vibe full of dreams could certainly whisper tons of stories of bands, upcoming and on the height of their game, who broke it here or never did but hey… last Thursday was all about anticipation for Citizen Zero’s upcoming debut album “State of Mind” with its release date of August 12th via Wind-up Records.

The already released singles got our hopes up high because they are all that a fan of guitar heavy rock can wish for. The overall vibe of the latest single “Lure and Persuade” reminds me of 70s Steppenwolf with a modern touch plus killer vocals but rooted in classic rock, which became kind of rare these days. The good kind anyway!

Click on a photo to enlarge it and start the slide show.

Listen to the fast, a little furious and yes, super catchy “Lure and Persuade”: