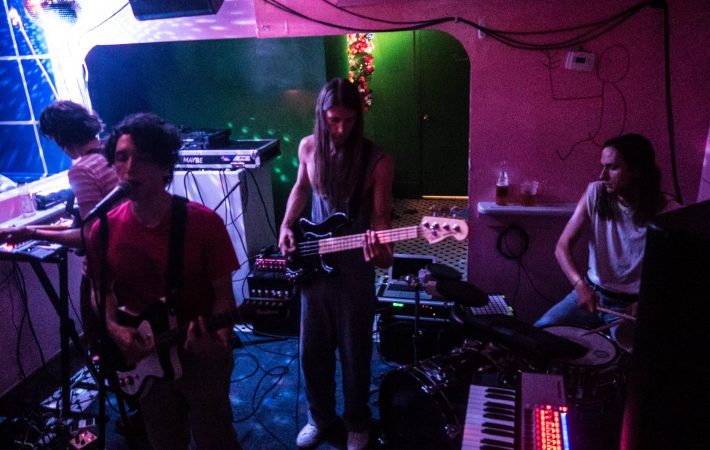 How about a confession? I totally love “Lean”, the one and one single released so far by Blonder and made it our Song Pick of the Day a while back. Even after having played three shows throughout July at Baby’s All Right‘s little sister venue Elvis Guesthouse, not much really is known about this new band, based in New York City.

Let’s see what we do know:

What I also know is  that I was deeply moved by what I heard last Thursday. I even compared them with The Strokes back then, not so much in sound albeit still a crazy cool guitar driven sound, yet more like the excitement their (Strokes) music back in the early 2000s evoked and how awesome it was. Predictions about a band “making it” are a dime, a dozen so I won’t make any. Only that much: I for one am very much looking forward to Blonder’s EP or full length album and will take it from there.

For now, enjoy some photos of Blonder’s third Elvis’ Guesthouse show and go see them live yourself: