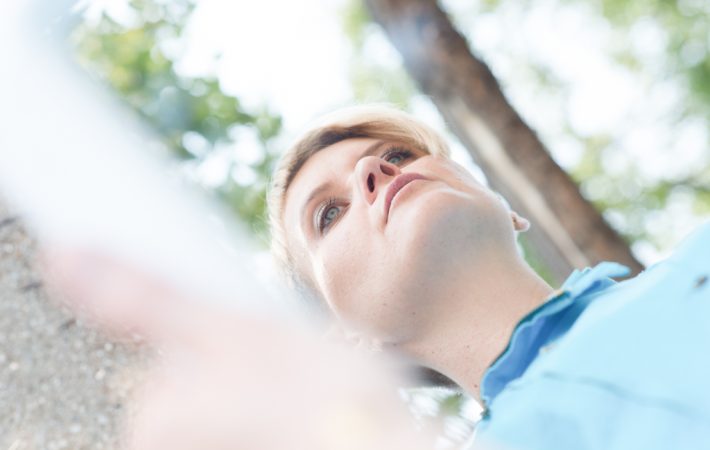 Ohsergio is the musical project of Sonia Schmidt, who left Lausanne, Switzerland and later Berlin, Germany behind, to move to Los Angeles where she started to write songs. That’s when she also took on the moniker Ohsergio, and worked towards her debut EP due this Fall. The quietly stunning “Hunter” is the first single from that EP and just so incredibly beautiful. There are intricate vocals over acoustic guitar strums, Indian folk percussions and minimalistic electronic elements. As for the lyrics, Sonia Schmidt reveals: “‘Hunter’ is the fusion between day and night, and a realization of now. It continues my philosophy that we write the lyrics to our own reality, tap into the rhythm of the universe, and exist to inspire others.” The result is something as unique as it is appealing. Listen to “Hunter” now: