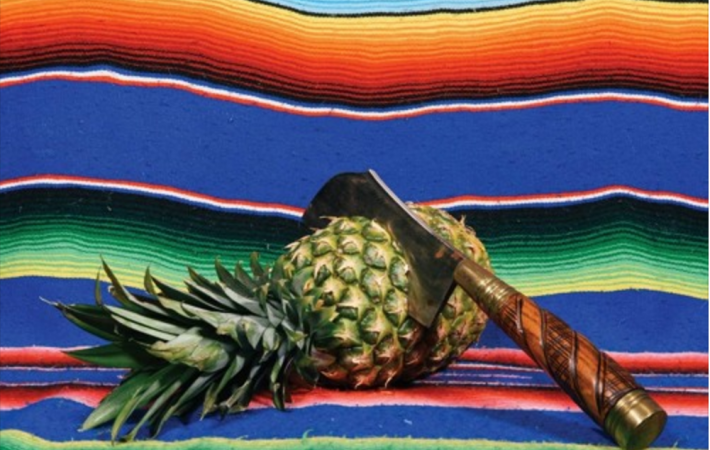 After their highly acclaimed debut album “409”, the Texas trio Purple just released the absolutely fabulous follow-up “Bodacious”. The twelve tracks on the album are deliciously diverse, taking from different genres what pleases and what fits.

There’s the immediately catchy funkiness of  -Red Hot Chili Peppers comes to mind- on “Mini Van”, an energizing number that makes best use of both Taylor Busby (guitar, vocals) and Hanna Brewer’s (drums, vocals) vocal chops as well as Joe “Prankster” Cannariato bass artistry. Right after follows “Bliss” the maybe most “pop” track on the album, so easy to get lost into, and blissful in deed. “Pretty Mouth” offers a distinct reggae beat, perfect for these hot summer days, and so it goes on the mix of styles, and genres. Mind you, it’s all held together by a common “rock theme” but interpreted differently.

Particularly appealing is certainly that Hanna Brewer and Taylor Busy share singing duties, and it’s not like one of them would do the ballads and the other the rockier numbers, there’s no pattern to notice other than that each song is as exuberantly exciting and that the female vocals maybe dominate a bit.

If you ever had to judge an album by its cover, “Bodacious”, as the title already implies, would be it! All twelve tracks are as sweet, juicy and fresh as it gets, yet not without some bite to it. Different colors, but not clashing, simply creating a potpourri of possibilities. Listen to “Bliss” and watch “Mini Van” and then get the album (released by PIAS) on iTunes and/or on CD or Vinyl.

The video is as much fun as the song itself. Purple are not taking themselves to seriously but create something fun and charming Watch “Mini Van”: