[PHOTOS] Crobot Give a Rad Performance at the Intimate Berlin 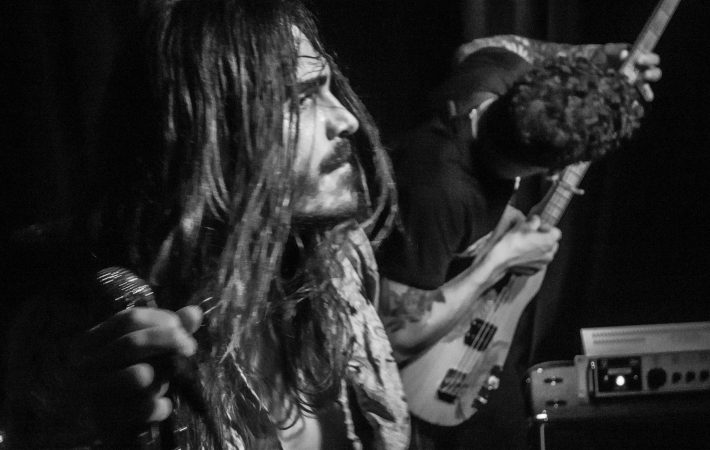 [PHOTOS] Crobot Give a Rad Performance at the Intimate Berlin

Seeing Central Pennsylvania alt rockers CROBOT live last week, was one of these unforgettable experiences, and one where I’m especially happy to live in a city like New York, where something like this is even possible! CROBOT are easily filling big venues, yet they found themselves and a receptive, small audience for a one-off show at the intimate, yet super cool music venue Berlin, on the Lower East Side.

CROBOT’s uncompromising classic rock with a modern touch is superb, and fans pay attention, lip sync the lyrics and are simply in the zone and I would have been too, had I not wanted to snap a few photos. For sure though, the iPhone stayed in the bag, there was no reason for any other distraction because what Brandon Yeagley (lead vocals), Chris Bishop (guitar, vocals), Jake Figueroa (bass) and Paul Figueroa (drums) delivered, was mesmerizing.

Taking photos of a true rock band with a stage presence like CROBOT and a fascinating singer like Brandon Yeaghley, is like eating warm apple pie with a big spoon of real bourbon vanilla ice cream and topped of with a lush dollop of whipped cream. Make that two…

“Welcome To Fat City” is the highly anticipated follow-up album to CROBOT’s debut album, “Something Supernatural” due in September 2016.

For now, enjoy photos from CROBOT’s live show at Berlin and go see them live if you can:

Listen to “Not For Sale” the just released single from the upcoming album “Welcome To Fat City”: