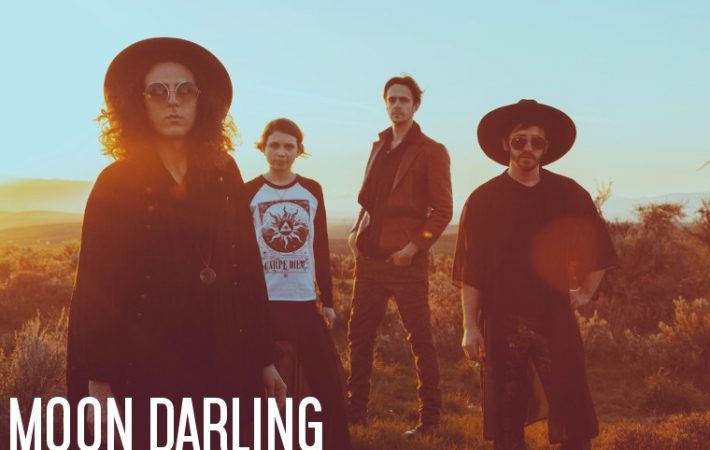 Early June, Seattle quartet Moon Darling have released their debut EP “Dreams”, and it has been on repeat rotation on our player ever since. Written by Seattle-native Michael Julian Escobar on a six-month road trip across the United States, that ended with with his van on fire, somewhere in middle of Texas, the four songs are full of 60s nostalgia and got released via Freakout Records.

For the EP, Michael Escobar (vocals, synths, guitar) got together with Michelle Nuño (drums), Ryan Davis (guitar) and Jack Jay (bass) and they created something magical. A mini-album that is full of hope, and longing and dreams, hence the aptly named title. We could have picked any song on the EP, because we love them all, but went with “Coming Around” which holds a certain swagger and finesse and is simply really beautiful. Listen to “Coming Around” and then get the entire “Dreams” on iTunes: