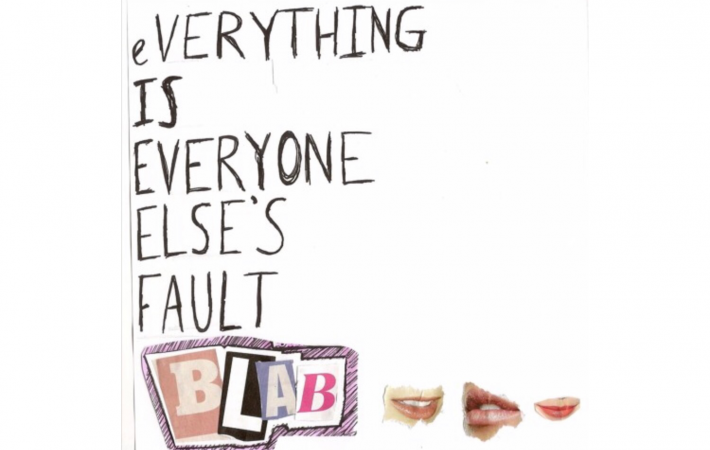 “Johnny”, the debut track by young UK artist Frances Murray aka Blab, is a song that immediately draws you in with its catchy melody, the noisy guitars and her wonderfully clear and controlled vocals. Frances performs, records and produces her music alone, which adds to the charm and intimacy of a bedroom recording.

Now she has released her debut EP “Everything is Everyone Else’s Fault” with three more excellent tracks and Frances was so nice to tell us the stories behind them.

Thank you, Blab for your insights:

“Johnny” I wrote in about 10 minutes before going to work and had it stuck in my head the whole day so I had to put it on the EP. I like that the lyrics are very direct and concise I think it makes the song really easy to listen to.

“Money” was written in December of 2015. I remember being quite unsure about it when I first wrote it but it really grew on me. It’s probably my favourite song on the EP because I love the rhythm and feel like it has a britpop feel to it.

“Fresh Blood” was written about two weeks ago and I really like the guitar riffs in it. I listen to a lot of bands like Royal Blood, Drenge and Nirvana and I think I wear those influences on my sleeve in that song. I also really like the ending because it’s quite eerie and contrasting with the rest of the song.

“Deep blue seafront” is definitely the most personal on the EP. I originally wasn’t going to put it on the EP and was going to release it later but I chose to release it now because it feels very representative of this specific time in my life. I feel like the the sparse instrumentation reflects the disillusioned and hopeless sentiment of the lyrics really well.

“Everything is Everyone Else’s Fault” is out now on Soundcloud.