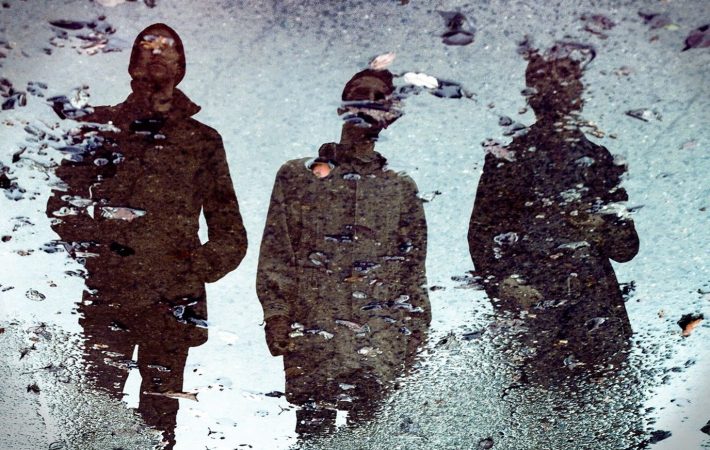 Filed Under: 3 Is A Band, Iceland Airwaves — By: Elke Nominikat

Despite their rather morbid band name, suggesting grinding death metal or the like, Warm Graves, based in Leipzig, create sound that is more mellow than agitating. Yes, the trio’s sound is deep and dark, but they call their music sci-fidelic-rock and their debut album “Ships Will Come”, released on This Charming Man, is a concept album, related to dystopian sci-fi literature.

In a time, when people and countries express their dislike for something that’s being going on for decades, it’s not only refreshing but comforting and re-assuring even to come across a band that is comprised of members who are initially coming from different places, like Italy, Germany and the United States of America and yet they united to create something together!

On their debut record, the band set out to create a surreal cosmos with an intense atmosphere that is supported by impulsive, repetitive rhythms while a distant choir takes over the role of the lead vocals.

I came across this amazing three-piece band while going through the line-up for Airwaves, the Islandic festival happening in November in Reykjavik. Warm Graves are definitely among the bands I would love to see live.

Listen to the opening track of “Ships Will Come” here, and get the whole album on iTunes.