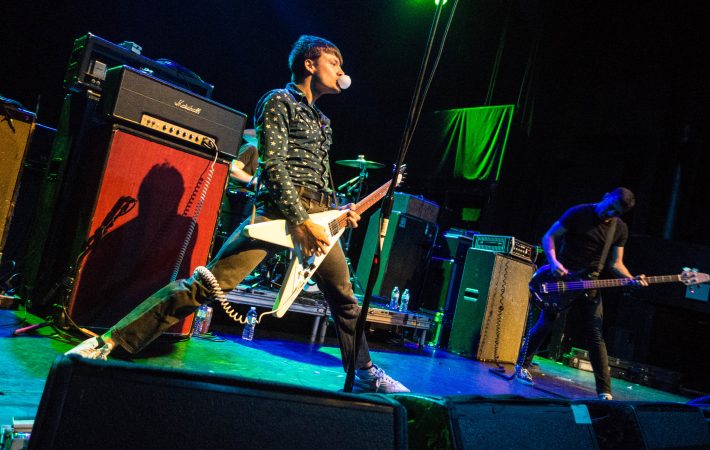 The Canadian punk-rock trio The Dirty Nil were up first last week at Gramercy Theatre, opening for Flag (the touring version of Black Flag) as well as War On Women. I was ready for some good old noisy rock’n’roll with heavy punk influences and did not get disappointed, because Luke Bentham (vocals, guitar), David Nardi (vocals, bass) and Kyle Fisher (drums) did deliver! What The Dirty Nil put on stage is a feast for ears and eyes and it is great fun to watch them go wild.

Granted, this was the first band this evening and many who came out clearly wanted to save their energy for later and were chilling for the moment. There also was a sizable (photo)-pit between stage and audience, so the band’s exuberance did not spill over to the crowd, I can imagine though that it does at other venues. There is still time to catch the three while they are touring the United States and then Canada, promoting their cool new album “Higher Power”, available on iTunes.

Check out our photos to get an idea what The Dirty Nil look like live, and yeah, what looks like chewing gum, is chewing gum…