[PHOTOS] The Hunna Bring Indie Rock from the U.K. to Mercury Lounge 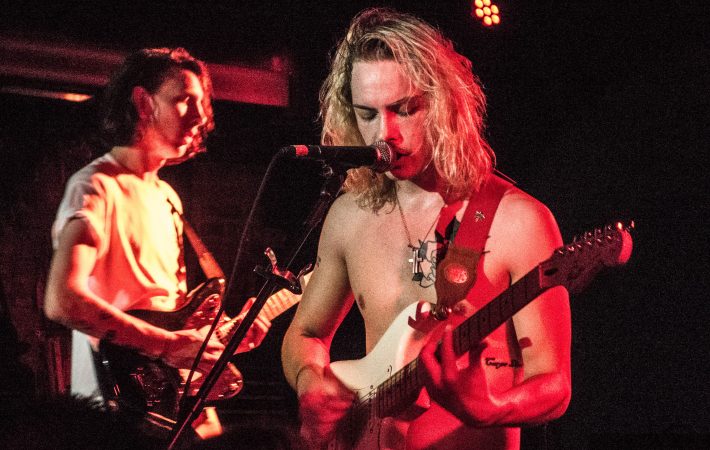 [PHOTOS] The Hunna Bring Indie Rock from the U.K. to Mercury Lounge

The Hunna are a four-piece indie rock band from Hertfordshire, England and they are currently touring the U.S. When they played renowned Mercury Lounge in mid June, everybody in attendance knew that this was a special treat, since they are easily filling bigger venues with their passionate stage presence and hook-laden rock songs.

There is a reason, why Ryan Potter (vocals, guitar), Dan Dorney (guitar), Jermaine Angin (bass) and Jack Metcalfe (drums) quickly built a loyal following and an ever growing fan base! What the four put on Mercury Lounge’s intimate stage was energizing and highly entertaining. The Hunna delivered everything you would like to hear and see from a rock band and left an enthusiastic and happy audience behind when they eventually exited the stage after a fairly long set, given that their debut album has yet to drop by the end of August.

The band even invited fans to stick around for a little chat or photo opportunity. While Dan, Jermaine and Jack were talking with fans in the bar area of Mercury Lounge, the charismatic frontman Ryan remained in the main venue and patiently spoke with fan after fan and gave his smile to several dozens of fan selfies. In the end, I decided to give it a go as well, and was surprised -then again not- how incredibly nice and down-to-earth Ryan really was. We had the loveliest chat that’s possible in such a short amount of time and I am definitely looking forward to listening to their album and hopefully see them again.

–> Click on a photo to enlarge it and to start slide show.