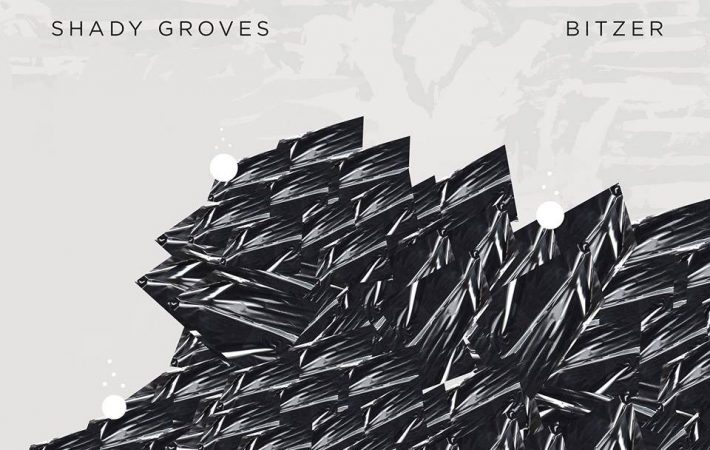 “Bitzer” is the debut album of Michigan based Shady Groves, a collective of singer/songwriters and multi-instrumentalists. While Adam Fitzgerald (vocals, guitar), Dylan Caron (vocals, guitar) and Jeff Yateman (vocals, drums) each bring their own ideas to the table, together they create a round, unique and beautiful rock/pop/ambient indie sound. Live the three are supported by Jamie Dulin (bass, saxophone) and Colton Caron (synths, keys).

Shady Groves’ collaborative approach makes for a rather interesting and alluring album, which has a lovely flow to it yet is distinct from track to track. It is actually possible to point out who might have written which song, because there are some more cinematic, some more dreamy indie pop and some more experimental tracks on the album.

Also on the record is “Hourglass”, one of the earlier released singles which we made Song Pick of the Day and still among my favorites. Other favorites include “Pangea” and “Waves” with their breezy, funky beach vibe as well as the atmospheric “Animate Days” and “Nothing Matters” with big synths and chimey guitars.

This is one of the albums, where over time, new favorite tracks will be discovered without ever becoming boring. The title is also chosen well, since ‘bitzer’ refers to a mongrel in Australian English, a “little bit of this and a little bit of that”, especially since the “little bits” are sonic goodies. It’s great fun to discover them track by track!