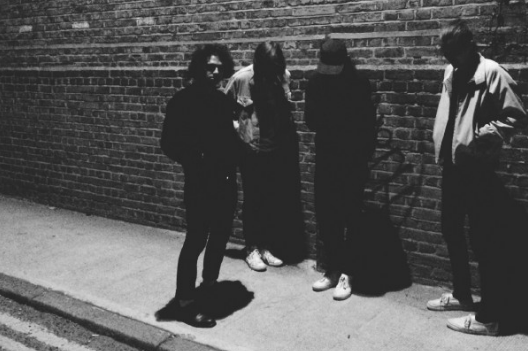 “Means”, the debut album by FEWS, is an example for the famous Aristotle quote  “The whole is greater than the sum of its parts” because each track on the album is a little gem in itself, yet when thrown together onto one record, arranged nicely, they begin to shine even more and dazzle the listener. That’s when synergy starts.

Here’s a quick look at the album track by track:

Having been fortunate to be able to listen to the album for a few weeks already, and truly digging it, I had plenty of time to think about what I could compare it to, looking for another band’s debut album. And the more I thought about it, the more I couldn’t help but wanting to compare it to U2’s debut album “Boy”, in regards to its overall approach, the shimmering guitars and strong songwriting but with 36 years between them. I would certainly wish FEWS a successful career and will always treasure the times when I could still see them play small venues.