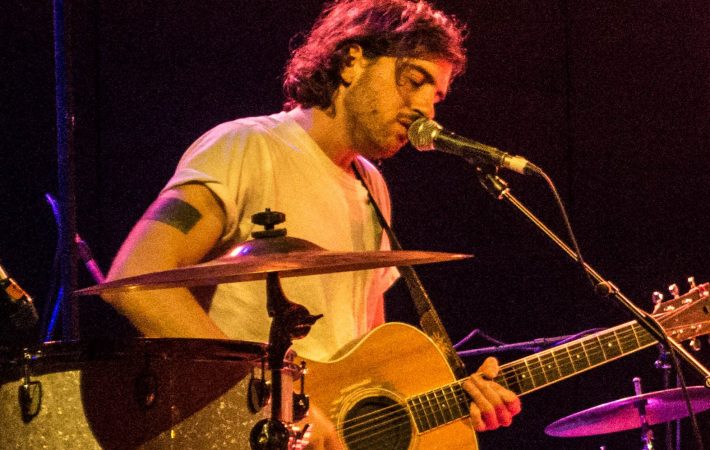 Last Wednesday, Jesse Mac Cormack played Bowery Ballroom and I knew I wanted to be there! There’s something magical about his songs, the way he crafts them, the way he modulates his voice, and the fierceness with which he plays both, guitar and bass. Remembering the last song, when Jesse Mac Cormack took on the bass, and playing it so vehemently… still gives me shivers. So, so good and something you’d like to see live.

Jesse Mac Cormack’s set was small and intimate, with only a drummer and a bass player on stage accompanying him. He and his touring band mates made the best they could out of the heavily with equipment loaded stage. No idea why Half Moon Run needed to have all their stuff already out there, because it was only 9 PM when the show started and 10 PM when the fellow Canadians took the stage. Here’s to Jesse Mac Cormack headlining a New York, make that Brooklyn venue next time, and then without any unnecessary gear obscuring him or his band mates!

This not withstanding, Jesse Mac Cormack’s songs sounded live as great as recorded and the performance felt intimate and very dedicated. For now, enjoy some photos, and watch the gorgeous video to the mesmerizing “Repeat”.

(Click on a photo to enlarge it and start the slideshow.)

Jesse Mac Cormack’s video to “Repeat” is that good that we recently featured it.